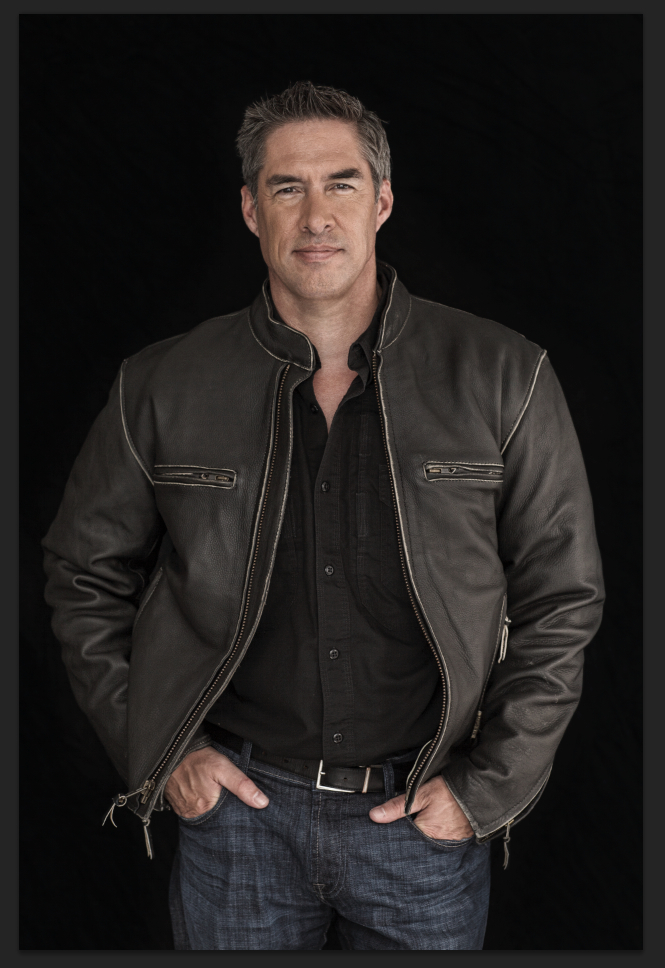 "All I’ve learned about writing I gleaned through reading, which, as it turns out, is probably the best instruction on Earth."

I’ve just recently felt comfortable calling myself a writer. Even though writing is pretty much my sole source of income, in the past, I felt a little like a fraud saying the vaunted words, “I’m a writer”. I don’t have a degree in creative writing, I’ve never been to a writing workshop, and I’ve had no instruction on putting words on the page. All I’ve learned about writing I gleaned through reading, which, as it turns out, is probably the best instruction on Earth.

I’ve been a voracious reader my entire life, starting at a very young age, but I never read what I was supposed to read. I’ll admit upfront, Moby Dick is still the elusive whale for me. People ask me for my favorite book and I always feel a spasm of trepidation, knowing I should answer with some weighty tome, a manuscript of profound gravitas. Because of this, my usual answer is, “I can’t pick just one,” but if the question refers to fondest memories, I’d have to say something like Conan the Barbarian or Doc Savage – an answer that would make them think I was ridiculing the question.

As a young boy, my father said he’d buy me any book I would read. That quickly morphed into taking me to the library any time I wanted because I was tearing through the books. I devoured everything from Piers Anthony’s Xanth series to Ray Bradbury to Richard Adams’ Watership Down, which, truth be told, would be up there as my favorite book. I’m always afraid to re-read it because the feelings it invoked in my youth would not be the same now. Better to let it lie and cherish the memory of the book through the optic of that time. 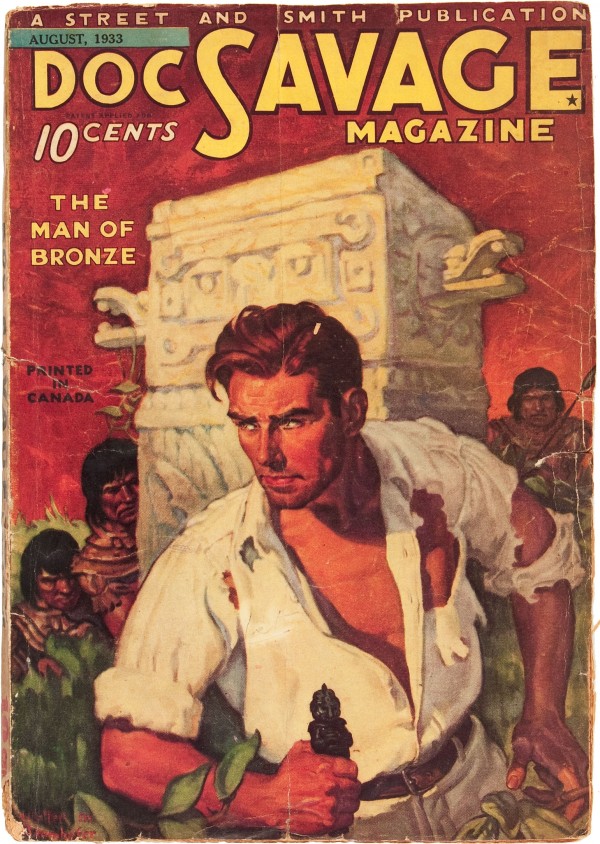 I was always reading, but never what my teachers wanted. In 8th grade we were forced to read Willa Cather, which I found stupefyingly boring. I learned that if I slipped a book in between the one I was supposed to be reading, I could read what I wanted. I picked Louis L’amour because his novels were short enough—meaning thin enough—to stay hidden. Eventually, my teacher caught me, and then held the book up in front of the class, castigating me for the horrible crime of reading something so trite as a pulp Western (Hint to teachers: If a child is reading on his own volition, never embarrass him or her on the choice.).

By high school I’d moved on to more mature themes, going through the inevitable Stephen King binge phase, along with anything racy I could find. I remember coming into the kitchen and seeing Dan Jenkins’ Semi Tough on top of the trash in the wastebasket. I said, “Who threw my book away?” My father said, “I did. It’s nothing but smut.” To his credit, it was a little racy—the very first page describing a sex scene—but it was also really good.

When I entered college, I joined ROTC, and my reading turned more martial. Still not into the classics—no For Whom the Bell Tolls or War and Peace—but books nonetheless I feel hold their own against those pieces of literature. Books like Sympathy for the Devil, The Dying Place, The Things They Carried, and The Red Badge of Courage. As I was about to enter the US Army, I also began reading non-fiction at a voracious pace. Memoirs like A Rumor of War, Street Without Joy, Chickenhawk, and Everything We Had. The Army loves acronyms, and by the time I graduated, my roommates had created one for my collection—The B-BOMB. The Big Box of Military Books.

Eventually, I entered the Army as a rifle platoon leader, and my tastes turned to contemporary military thrillers—my future career. Books like Harold Coyle’s Team Yankee, and of course, the entire Tom Clancy pantheon. We’d go to the woods for a field problem and there were two things that would never leave my side, one by necessity, the other because it’s who I was: My weapon, and my book ensconced in a Ziploc bag in my cargo pocket. The infantry field is usually depicted as the bottom of the barrel—the grunts—but I’ll tell you, they read more than any class of people I’ve ever met. We’d enter a field problem knowing that we’d be trading books, and that’s what always happened. I’d finish mine, then toss out that I needed a book. Someone in my platoon would trade, and I’d find myself reading something that I never would have bought on my own. To this day, I read paperbacks. It’s ingrained in me. I no longer need to, but if it’s called upon, I can waterproof it with a gallon Ziploc and shove it into a pocket. 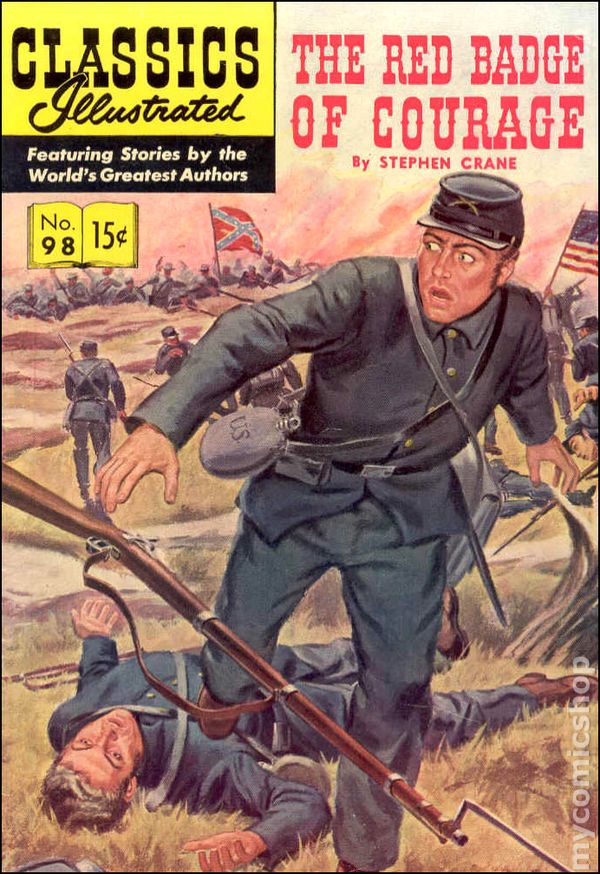 I passed Special Forces selection and began reading Vince Flynn, the master of my genre. Eventually, I began doing the things described in his books, and because of it, I lost interest. Not because of any flaw in the writing, but simply because if you’re living the life, you don’t want to read about it. You want to read about the life you aren’t living. I began reading murder mysteries. I found John Sandford on a trip home from Iraq. My plane had broken down in Germany, which meant a two-day wait, and they had a USO with a “take a book” shelf available. It housed the complete Prey series. I was supposed to take only one, but I took them all. I read every one by the time I got home.

Suffice to say, nobody is more surprised than me that I’m a published author, but I stand on those before me. Everything I’ve ever read is infused in my writing DNA, and I’m unabashed at saying I use it. There is a bit of Conan in Pike Logan, and the Taskforce team wouldn’t exist without Doc Savage and his crew. Ray Bradbury taught me the art of a plot that was subtly much bigger than the one on the page, and my thriller twists are driven by Sandford, Crais, and others. And yes, Fiver and Bigwig are in the mix as well.

Brad Taylor is the author of the New York Times bestselling Pike Logan series. He served for more than 20 years in the US Army, including eight years in 1st Special Forces Operational Detachment–Delta, commonly known as Delta Force. He retired as a Special Forces lieutenant colonel and now lives in Charleston, South Carolina.