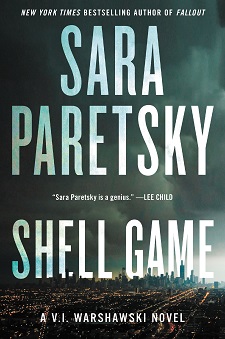 The alphabet has begun again with V.

For many of us readers, the alphabet ended with Y with the passing of Sue Grafton following the publication of her last Kinsey Millhone novel, Y Is for Yesterday.

The V is in this case is for V.I. Warshawski, the heroine of Sara Paretsky’s long-running series.

The award is designed to recognize the best novel in a series featuring a female protagonist in a series that hallmarks Grafton. (Details below)

The memorial award by Grafton’s publisher is a way of keeping the author’s memory going while respecting the wishes of Grafton and her estate. They were adamant that Kinsey’s story will not be continued by another author nor would the Santa Teresa detective’s adventures become a TV series or a movie.

Paretsky’s honor continues the legacy that Grafton, along with Paretsky and Marcia Muller, started back in the day.

These authors were in the trenches together as they each launched a tough female private detective within a couple of years of each other.

Their vision heralded a new era for the genre.

Before, women who were the lead sleuth were seldom private detectives; instead women sleuths were relegated to either amateur sleuths or worked with their husbands or another man.

If she did run a private dete 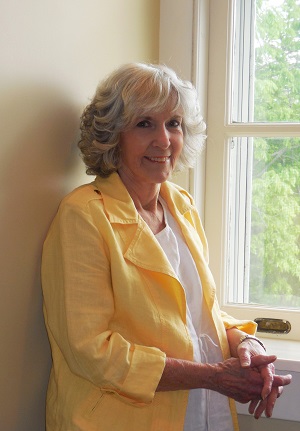 ctive agency like Honey West, she relied more on sex appeal, and there was always Sam Bolt to bail Honey out of tough situations.

But here were Grafton, Paretsky and Muller challenging that old guard, showing that women could be tough and battle the bad guys one on one. We already knew that women could be sleuths a la Miss Marple. But now we were shown women’s investigative skills, ferreting out information and uncovering motives of the evil that men and women do.

Kinsey first came on the scene in 1982 with A Is for Alibi, a naming convention that would prove more than a gimmick but also a foreshadowing of the plot. The only variation was the singular X, which came out in 2015 and soon landed in the top spot on several best-sellers lists.

“My name is Kinsey Millhone. I am a private investigator, licensed by the state of California. I am thirty-two years old, twice divorced, no kids. The day before yesterday I killed someone and the fact weighs heavily on my mind.”
the opening lines of A is for Alibi

Chicago-based V.I. Warshawski also made her debut in 1982 with Indemnity Only. Paretsky took more of a social issues approach to her character with plots that included insurance fraud, the homeless, etc. In one book—and maybe readers will remember the title better than me—V.I. mentions that she wishes was as organized as Kinsey.

MEMORIAL CEREMONY
Sue Grafton died Dec. 28, 2017, following a battle with cancer. She was born April 24, 1940, and that day often falls during Edgar Week. It was fitting that last year her memorial service was held on April 24, a couple of days before the Edgar Awards, in the Celeste Bartos Forum in the New York Public Library. Grafton had served as MWA president in 1994 and was the recipient of three Edgar nominations as well as the Grand Master Award in 2009.

I have tried to write about this memorial several times in the past year but for some reason the words would not come. But this is a fitting time.

This memorial was, most of these are, a remembrance and celebration of her life, a combination of sadness and happy memories that Grafton had been a part of our lives. About 300 people attended, including authors such as Megan Abbott, Kate White, Karin Slaughter, Alafair Burke, and so many more, publishing colleagues and friends and family.

The testimonials were heartfelt and humorous. Marian Wood, Grafton’s publisher and editor, talked about how no one initially wanted Kinsey’s story. Wood’s talk became a master class in publishing, how hard it is for authors whose stories burst the current trends, and the power of not giving up. Grafton also knew the importance of the “back of the office people” and inspired loyalty in people.

Michael Connelly’s short and personal talk focused on how Grafton maintained the importance of treating people with respect and kindness --- a lesson Connelly said he took to heart. Indeed he does, as Connelly has a reputation of being one of the nicest authors around.

Author J.R. Ward considered Grafton her mentor and remembered her last conversation with Grafton: “That’s the problem with life—you can’t see how few pages are left.”

Harlan Coben discussed—with a lot of humor—how Grafton was one of those people who make life better. A trip to a horse farm was a hoot of a story. At the end of his speech, Coben showed his “alphabet” tie with all the letters except Z—as a tribute to Grafton’s legacy. Coben presented the tie to Grafton’s husband following the ceremony.
Memories also were recounted by Molly Friedrich, Grafton’s long-time agent, who talked about her last visit with Grafton. Despite being ill, Grafton baked her agent a birthday cake from scratch. Lucy Carson read a remembrance from Judy Kaye, the voice of Kinsey Millhone in the audiobooks. Author and journalist Sarah Weinman said, “Trailblazers don’t announce themselves upon arrival.”

Her daughter Jamie Clark said her mother taught the power of words and about dealing with “pickle and peanut butter world.”

Her husband Steve Humphrey lovingly recounted their life together. The couple had met when he was 23 and she was 34 and they lived in the same building. They were together 43 years.

INFLUENCE OF BOOKS
I didn’t personally know Grafton—I interviewed her several times for profiles, met her a few times at events and, of course, reviewed most of her novels.

But I, like many readers, felt I knew her through her books. Her novels spoke to me and, and along with Paretsky and Muller, brought me back to mysteries and put me on a career path. I identified with Kinsey from the first pages of A Is for Alibi. We were single women, making our own way, navigating a new world and reveling in being independent.

I was so longing for "Z Is for whatever" to see how Kinsey’s story would end. But I hope her estate continues to maintain that the alphabet ended with Y. Each reader can write her story in our hearts and mind.

MEMORIAL AWARD
Putnam’s is partnering with Mystery Writers of America to create the Sue Grafton Memorial Award honoring the best novel in a series featuring a female protagonist in a series that hallmarks her writing and Kinsey’s character.

The award is to be presented annually during the Edgar Awards. The nominees for the inaugural award were chosen by the 2019 Best Novel and Best Paperback Original Edgar Award judges from the books submitted to them throughout the year. The winner was chosen by a reading committee made up of current National board members.

Each of this year’s nominees are top authors.