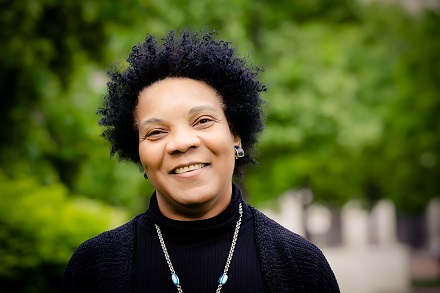 One of the honors presented last month during Mystery Writers of America’s Edgar Awards was the Charles Todd Service Award.

We neglected to write about it and want to correct that oversight now.

First, a bit of history—the Charles Todd Service Award is decided on and given by MWA board of directors for outstanding service to the organization. It is not given annually—no one received the honor in 2018—only when the board decides an individual deserves it for going above and beyond.

The first recipient of the award was none other than Charles Todd, the son in the mother/son writing team.

The 2019 honoree—and yes, I know I kind of buried the lead here—is Frankie Bailey, left.

In my opinion, a most deserved honoree.

“[Bailey] has served as MWA’s EVP [executive vice president] during a difficult time,” said Andrews. “She has been incredibly active in getting our diversity effort moving. She also is a goddess—a former Sisters in Crime president who has done a lot to help with the new partnership and amity between the two organizations.”

Bailey is a professor in the School of Criminal Justice University at Albany (SUNY). She studies crime history, and crime and mass media/popular culture and material culture. She is the author of five mysteries featuring amateur sleuth Lizzie Stuart and two police procedurals novels featuring Albany police detective Hannah McCabe.