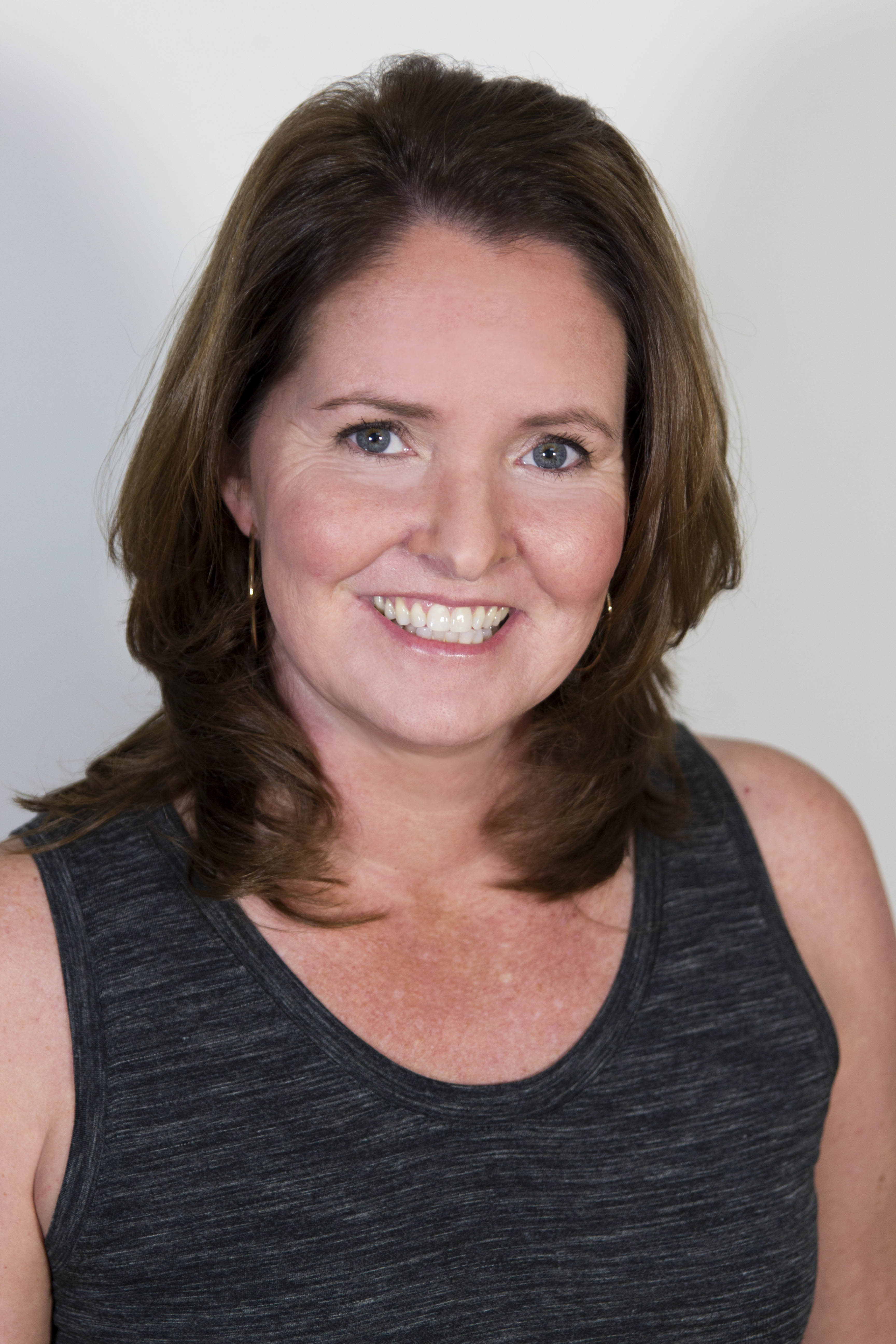 Laura Bradford's long career has included over 30 books, including An Amish Mystery series, the Emergency Dessert Squad Mysteries, the Tobi Tobias Mysteries, and the Southern Sewing Circle Mysteries (written as Elizabeth Lynn Casey). Amish country is the setting for many of her books, and here she joins Mystery Scene to talk about how her Amish cozies have led to a foray into "women's fiction," what makes a good cozy, Mary Higgins Clark, and her favorite series character.

Robin Agnew for Mystery Scene: You've written many cozy mysteries under your own name and as Elizabeth Lynn Casey, but you’ve written in other genres as well. Can you talk about going back and forth between types of books? What’s the difference between writing a romance and a mystery, for example?

Laura Bradford: I've been drawn to mystery/suspense since I was a teenager, so it wasn't really a surprise when I took my fiction-writing dream in that direction. My first mystery came out in 2005 and that was my focus, onward. No one was more surprised than I when, a few years later, a story idea came to me with a great cast of characters; none of whom wanted to die (a problem with a mystery novel). In fact, the writerly muse in my head kept saying, "write it as a romance." I can't tell you how hard I tried to resist that. I didn't read romances, let alone write them. But the story wouldn't let go until I tried. And, surprise by surprise, it sold right away. Even more surprising? Three more romance type ideas came to me and I wrote (and sold) those, too.

Soon though, the romance ideas faded and I just let it go, preferring (at the time) to just keep with the mysteries I was already writing.

Many of your books focus on the Amish culture. Can you talk about why you are drawn to the Amish?

I was first drawn to the Amish theme via my cozy mysteries. To me, the Amish are a perfect fit for a whodunit. They aren't heavy tech/phone users. They are wary of police. They often keep large sums of money in their home. They don't consent to pictures. They believe in shunning. They are often misunderstood by the outside world. Such fun, fun stuff to work with as a writer!

Your character in your An Amish Mystery series, Jakob, has left his Amish roots and is actually now shunned by his family, making him more or less the classic outsider, which is almost essential for a good detective. Can you talk about Jakob a bit?

I love writing Jakob Fisher. Here's this guy, who was drawn to police/police work despite his upbringing. He kept that intrigue on the back-burner, knowing it wasn't the Amish way. Shortly after his baptism as a teenager, a member of his community is murdered. His frustration over the unanswered questions fuels that intrigue enough that he opts to leave forsake his vow and pursue police work as an Englisher (what they call us). Of course, the crime was long solved before he finished the academy, became a cop, but he'd made his choice to leave and the work suited him. Sixteen years later, he comes back to his hometown as a detective. He knows his family, his old community won't speak to him, but he wants to be close, to look after them, so to speak. But crime happens and now he's got a double whammy against him when that crime has him needing to engage with the Amish—he's under the ban and he's a cop. It's a tricky tightrope to navigate, that's for sure.

While this series focuses on Claire as the main character—by book 6, Jakob’s girlfriend—to me it’s almost a dual character series. Do you agree?

Absolutely. I think Jakob is a crucial part of this series. He humanizes so much about the other characters.

One of the strongest elements in Just Plan Murder, the most recent installment in the series, is the relationships between the characters, specifically between Claire and Jakob. I know Jakob inspired you into another realm of fiction with Portrait of a Sister. Can you talk about how that move came about?

One of the aspects about Jakob that I have enjoyed writing the most, is the shunning aspect. Because of something as simple as timing in his decision to pursue police work, he lost all ties with his childhood family. He wasn't a bad guy, quite the contrary. Here's this guy who has devoted his life to serving people, but because of that decision—a decision so many others might find inspiring, if not heroic--he is essentially wiped from existence by his parents, his siblings, his community. And why? Because he made the decision to do this after he'd been baptized. If he had come to this conclusion beforehand, they'd still talk to him.

In the mysteries, I'm able to explore that aspect of Jakob to a point. And readers love that. But, in the end, it's a cozy mystery. The whodunit needs to be primary.

So that's how my move into women's fiction came about. I wanted to explore that pre/post baptism decision on a deeper level. Portrait of a Sister, my first women's fiction novel that debuted in 2018, allowed me to do just that. That story centers on twin Amish girls. One who leaves before baptism, thus maintaining family connections, and one who--because of a God given talent that has caught the attention of the English world—is now faced with having to choose between a passion that makes her who she is, and the family that grounds her. Deep stuff, but such a fun story!

Your latest book, A Daughter's Truth, is also what you might call “women’s fiction.” Can you talk about that book as well, and if you think that all novels have to have some mystery element to them, not necessarily a murder? I know P.D. James thought so.

I had so much fun writing Portrait of a Sister, I just knew I had to keep going. I see women's fiction as being a genre about personal journeys—something everyone can relate to in some way or another. In A Daughter's Truth, we meet a young Amish girl, Emma, who has never really felt as if she fits, not even in her own family. Some of that, she suspects, is that her birth happened on the same day her mother's beloved sister passed. So instead of her birthday being a fun day like her siblings', her special day has always been cloaked in sadness.

Fortunately for Emma, the odd little trinkets someone has been leaving on her aunt's grave each year have become something she looks forward to. And even though she knows they should be thrown away, she can't quite bring herself to do so. Instead, she secretly keeps them in a drawstring bag in the hollow of a tree. No harm, no foul... Until the item she finds at the grave on her 22nd birthday literally sends her entire life into a tailspin.

For me, this story is about those crossroads we all come to in life at some point or another—the kind where we have to decide whether the moment will define us, or we will define the moment.

As for whether I think all novels have a mystery element to them, absolutely. Mystery is intrigue. So, too, is life. Novels that contain characters of any depth demand intrigue. The genre used to tell the story doesn't change that, in my opinion.

To backtrack in time a bit, what made you want to write the Southern Sewing Circle mysteries? Love of sewing?

Actually, I don't sew. At all. Unless you count buttons and, at one time, girl scout patches onto vests and sashes (and trust me, it wasn't pretty). Honestly, I wrote that in-house series because I wanted to break in with a New York publishing house. My first three books were with a small, now defunct, indie, and while they went on to be released by Harlequin's Worldwide Mystery, it wasn't where I ultimately wanted to be. So when my agent at the time told me Berkley was looking for someone to write a series set in the south around sewing, I drafted up a 6 chapter proposal and off it went. Two days later, we had a three-book contract. Looking back, I almost didn't try because, as I said, I didn't sew. But when I looked at the sewing as simply a way to bring these women together (like books might bring a book club together) I saw my in. What grew from there was magic. We wrapped that series up with book 12—Patterned after Death—in 2017, but not a day goes by that I don't hear from a reader asking for more. Those sewing circle ladies became real friends to a lot of people, including me.

What elements do you think are essential to a good cozy?

A cast of characters that people grow to love—characters readers want to check in with again, year after year. Because really, at the end of the book, the mystery is solved. It's the characters that keep you coming back.

Do you have a favorite character and/or book out of all the many you’ve written?

Jakob Fisher from my An Amish Mystery series for the reasons stated above, and Leona Elkin from the Southern Sewing Circle. Leona, at first glance, was this prickly, shallow woman who could be quite nasty to some of the fan favorites in the circle. But Leona had a lot of sides, and a lot of reasons for being who she appeared to be at first glance, and who she was at her core. I loved exploring her many levels.

(Of course, after saying that aloud, Carter McDade from my Tobi Tobias series, and Winnie Johnson from my Emergency Dessert Squad series are a little irked at me now...)

And favorite book? I think I'm going with the new one, A Daughter's Truth, although Portrait of a Sister is a very close second. Something about A Daughter's Truth just resonates for me. The fact that my college kid came into my room after reading it saying "this one needs to be a movie" doesn't hurt.

Finally, what book or book(s) were inspirational to you in your journey as a reader and writer? What book made you think, “Oh! That’s what I want to do.”

Easy. Mary Higgins Clark's A Cry in the Night. I have read that book a dozen times at least. And even though I know what happens to Jenny McPartland, I still want to read her story again and again. That's good storytelling.

Laura Bradford is the national bestselling author of over 30 books, including An Amish Mystery series, The Emergency Dessert Squad Mysteries, the Southern Sewing Circle mysteries (the latter written as Elizabeth Lynn Casey) and others. Her first women's fiction novel, Portrait of a Sister, was the July 2018 Book Club Pick for Delilah of Delilah Radio and a Summer Book Club pick for Southern Lady Magazine. Her latest novel, A Daughter's Truth, will release on May 28, 2019. For more information about Laura and her books.