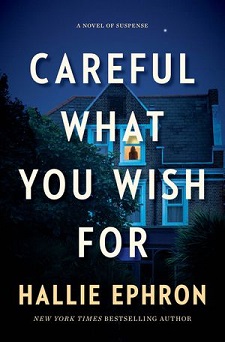 Like many others, I have been trying to carve out some time to clean, declutter and organize during this pandemic.

And like many, I have had intermediate success. A little bit here, some there, time to stop. First few weeks my husband and I put out more than 12 bags of recyclable paper. And that went on for at least 6 weeks. Now, down to a bag or two, usually filled with recent newspapers.

Last week, I had another surge that resulted in 6 recycling bags.

So naturally, during this organizing, my mind turned to mysteries.

First, I have little regard for Marie Kondo’s decluttering theory about discarding things that don’t spark joy. I like stuff. My stuff gives me joy, whether I have used that stuff recently or 10 years ago.

Yes, I attach sentimental feelings to a lot of stuff.

If you do too, great.

Just don’t tell me that I must feel so good to get rid of stuff.

No. I feel good about myself all the time.

If that purging makes you feel better about yourself—OK, fine. Though why didn’t you feel good about yourself all along? And if you feel you have too much stuff, stop shopping.
OK, back to mysteries.

Hallie Ephron’s 2019 novel Careful What You Wish For (Wm. Morrow) may have been one of the first to use Kondo’s philosophy as a plot device. I say “may have been” because once I get too decisive an astute reader will come up with more ideas.

In her sixth novel, Ephron delivers an in-depth look at how an emotional attachment to things affects people. Emily Harlow was happiest when she was paring down her belongings.

So much joy in that action that she and her partner Becca Jain started the business, Freeze-Frame Clutter Kickers to help others be organized.

What doesn’t bring Emily joy is her husband Frank’s obsession with his stuff.

Their basement is overstuffed with stuff, mainly because of Frank’s “compulsive yard-sale-ing.” But Emily has a hard-fast rule—do not touch another’s property unless they give you permission. And that goes for her own home, too.

Hired to clean out a storage unit, Emily and her partners find body hidden among all the stuff that may have been stolen years before.

Ephron keeps the suspense high and the fear factor dangling with each visit to the storage unit. Anyone who has rented one of those storage units and visited it at night, knows that sense of dread grows with each ding of the elevator, each car that arrives.

Ephron’s Careful What You Wish For is a stand-alone but there are at least two series wrapped around decluttering. 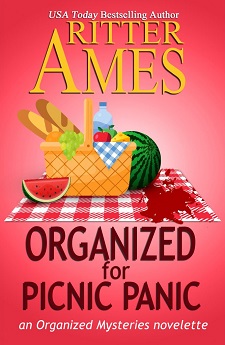 Ritter Ames’ Organized for Murder series features organization expert Kate McKenzie whose new business Stacked in Your Favor is part of the plan for her family to make a fresh start in her husband’s small hometown in Vermont.

Kate has put her organizing skills to work helping her family and neighbors enjoy the community event. The McKenzies are still new to the town and are anxious to be a part of this tradition. Of course, the picnic won’t go as smoothly as hoped.

British writer Simon Brett’s latest series has the tagline of “The Decluttering Mysteries” and revolve around, you guessed it, a declutter.

Clutter Corpse, which came out June 2020, introduces Ellen Curtis, whose business is helping people who are running out of space.

According to the novel’s description, “As a declutterer, she is used to encountering all sorts of weird and wonderful objects in the course of her work. What she has never before encountered is a dead body.”

When Ellen finds a young woman’s body in an over-cluttered apartment, suspicion lands on the deceased homeowner's son, recently released from prison.