Nita Prose on Her Breakout Novel "The Maid"
Robin Agnew 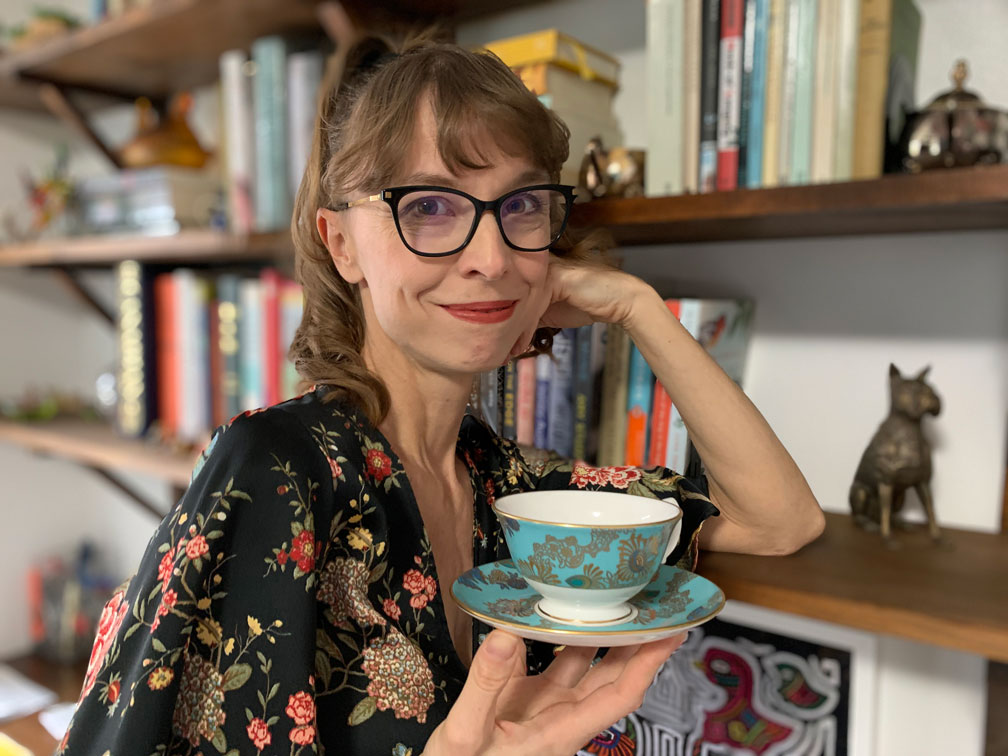 Nita Prose’s first novel, The Maid, tells the story of Molly Gray, a woman whose obsessive cleaning habits and commitment to order and etiquette are put to fine purpose at the Regency Grand Hotel where she works as a maid. Molly's socially awkward quirks endear readers to her, but, alas, also raise suspicions against her after she finds the body of a wealthy man named Charles Black in one of the suites at the hotel.

What ensues is an absorbing and cleverly penned locked-room mystery, with a delightfully difficult and winning character as its heart. Prose obviously loves Molly and readers and critics seem to agree. The Maid took home the Ned Kelly Award for Best International Crime Friction from the Australian Crime Writers Association and was named a 2022 Goodreads Choice Winner in the mystery category.

While The Maid is the Toronto-based Prose's first novel, she's a veteran of the publishing world where she's worked ever since her early days as an intern "photocopying edited manuscripts and secretly snooping the fascinating margin conversations between editors and writers." She took some time from writing and her work as vice president and editorial director at Simon & Schuster, Canada, to share some thoughts with Mystery Scene on creating her protagonist, remembering her mother, and making the jump from longtime editor to writer. 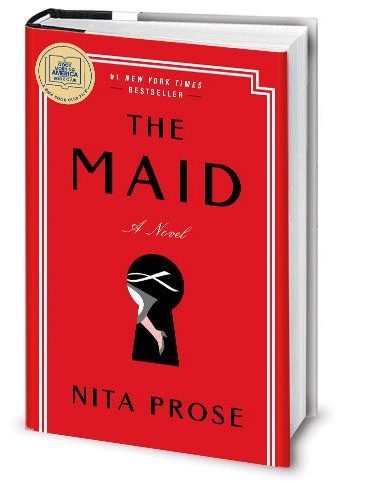 Robin Agnew for Mystery Scene: This is such a character based book—the whole plot flows from Molly’s personality and the way she sees the world. Can you talk about creating her?

Nita Prose: Molly definitely has a unique moral lens and some social awkwardness that makes navigating the world a challenge. My goal in her creation was to have the reader step into her skin, to see from behind her eyes and deep into her thoughts. There are times, of course, when as a reader you might be so frustrated with her that you want to shake her by the shoulders, but if I’ve done my job right, to live as her is to come to love her over time. In Molly, I wanted to create a character who was challenged in one way, but who was more capable of extraordinary bravery and empathy than most of us.

Before I was an editor, I worked for a time teaching high school kids with special needs. When I took my students out of the classroom on field trips, I witnessed how cruelly they were sometimes treated by so-called “normal people.” But what I also saw were kids who responded with incredible resilience and human dignity in the face of prejudice. In some ways, I think Molly is a tribute to those kids that I taught so many years ago.

How did you get the idea to set your story in a hotel?

The Maid was inspired by a chance encounter with a maid at a hotel while I was on a business trip about two years ago. I was staying at a London hotel. One day, after a meeting outside the hotel, I returned to my room and startled the maid who was folding the jogging pants I’d left in a tangled mess on the bed (embarrassing!). The second I entered the room, the maid jumped backward into a shadowy corner. It occurred to me in that moment what an intimate and invisible job it is to be a room maid. Simply by cleaning my room every day, this maid knew so much about me. But what did I know about her? On the plane home a few days later, my protagonist Molly’s voice came to me. I grabbed a pen and a napkin, and wrote the prologue in a single burst. I didn't know it at the time, but I'd just begun my debut novel.

I love Molly, but also loved the people around Molly. The way she perceives them and the way the reader begins to perceive them through her are different—and it makes it more interesting to discover their characters this way. Did you have a favorite character other than Molly?

Gran was a joy to write. She’s a fiercely loyal matriarch who will do whatever it takes to protect her granddaughter, Molly. In some ways, she’s modeled after my own mother who died a few years ago. I am fascinated by the absence that death creates and how we can sometimes create a distillation of presence beyond someone’s passing. I certainly experience this with my mother, whose wisdom and jokes I still hear in my head to this day. In The Maid, Gran died months before, and yet Molly resurrects her in her own mind. Even in her absence, Gran acts as a moral compass and a navigational force in her granddaughter’s life.

I enjoyed the references to Columbo and his detection methods—though Molly actually reminds me a bit more of Monk, or going back further, of Poirot. What were your detective fiction influences?

There are shades of all three of those characters in Molly!

As for other mystery influences, the first and foremost is the great master of mystery, Agatha Christie, who defined the genre in central ways. The second is the wonderful film Knives Out, which is a character drama that plays with classic mystery tropes but in a contemporary setting. And lastly, the board game Clue. Adding Clue was my way of inserting whimsy into the whodunit, so that the reader gets to ask similar questions to the ones asked in that game—is it the waiter with poison in the restaurant? Or is it the maid in the bedroom with a pillow?

Is there any other book you'd say was transformational for you, as a reader or as a writer (or as an editor)?

There are so many books and writers that have been transformational to me! On the one hand, Agatha Christie, for creating a style and classic tradition around the mystery genre, but on the other Gail Honeyman’s novel Eleanor Oliphant Is Completely Fine, for being a genre-busting book that provided a powerful answer to a difficult character conundrum: How do you love a cactus? In that novel, the main character, Eleanor, is very prickly and seems unlovable, and yet we as readers come to love her as we progress through the story. The same “cactus conundrum” guided me as I wrote Molly. I had to find my own way to make a cactus beloved. 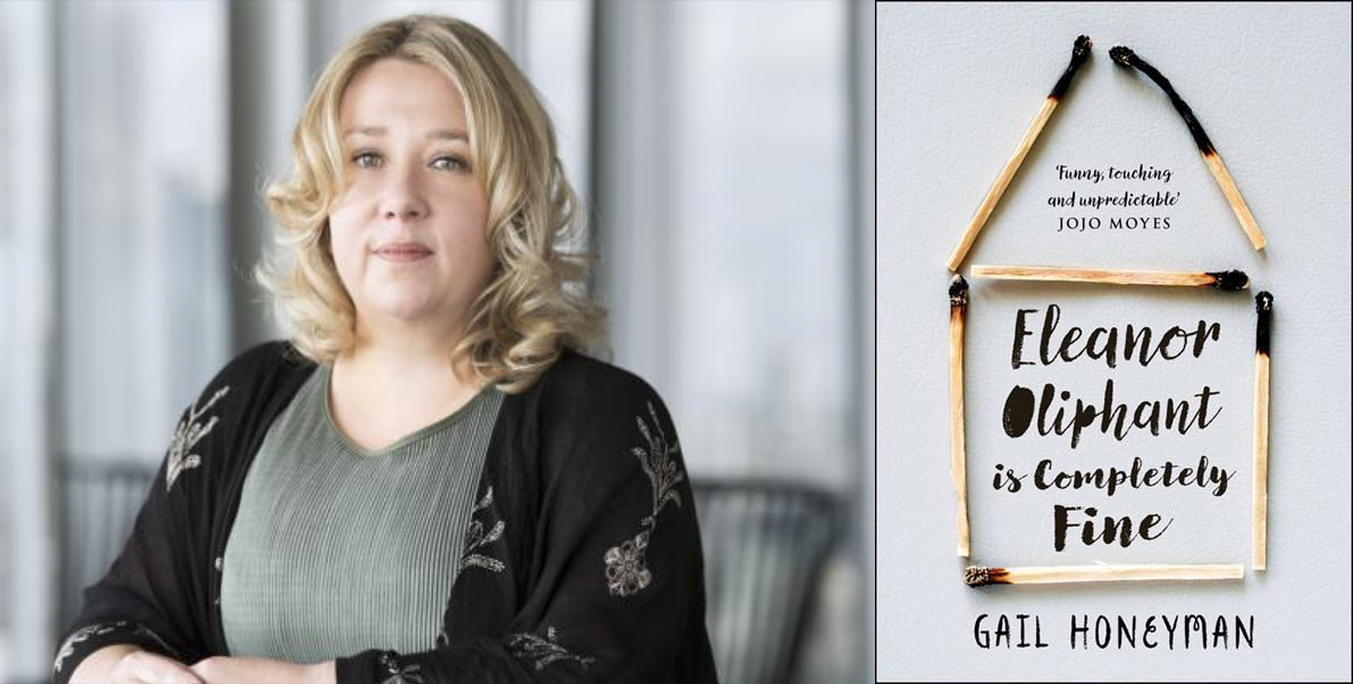 The plot (woman stumbles upon a murder and has to solve it to clear her own name) seems deceptively simple, but I think sometimes "simple" is the hardest to get right. How did you structure your plot and what were your guideposts?

If the structure seems simple, then I’ve done my job right; so many plots that seem simple in genre fiction are much more complicated than they appear. The trickiest part of this novel was dealing with time—how to move deep into memories in a seamless way, and then make sure that the reader wasn’t lost in time when they emerged into the present from the past. Any writer can tell you that “time management” in a novel is a very challenging aspect of structure, and literally everything in a mystery depends on it.

I have seen The Maid described as a “traditional” detective novel, though I think it’s in a space between psychological standalone and straight-up detection. Was where it fit in the genre anything that you thought about as you wrote?

I don’t feel The Maid is a traditional detective novel at all. Molly is a maid, not a detective, and she often misses clues. It’s the reader who is actually cast as the detective. I’d also say that The Maid is very character-driven, and most traditional detective novels are not. While the whodunit is certainly a driver of suspense, what most readers respond to in the novel is character, not the mystery plot.

When I began writing this book, I wanted to see if I could meld a traditional, classic mystery style with what becomes a character-driven journey of the spirit as Molly moves through a period of seismic growth in just a few days and weeks. It’s that genre-bending and blending that interests me most as a writer.

What are some of the other things you learned from or explored writing this, your first book?

I learned how to pace a scene, and I am still learning how to trust my writerly intuition. As an editor myself, I feel much more confident in that role than I ever feel when writing. But I’ve also learned that a certain amount of authorial blindness and vertigo—that feeling that I don’t quite know what I’m doing or where I’m going with the story—is an essential part of the process.

As a longtime book editor turned author, what are some of the differences you found between editing a book and writing one?

Becoming an author is a natural extension of my editorial and ghostwriting life, with the one difference that I now have to reckon with blindness in the labyrinth. When I’m editing a debut author, I often explain “the labyrinth,” a metaphor for the editor-author relationship. When a writer writes, she embarks upon a journey into a labyrinth. She’s on the ground, entering the maze. She can see what’s just up ahead, a barrier or a surprise down the corridor. She does not want to write herself into a corner. I, as her editor, am seated on a tall ladder outside of the maze. I can’t see close-up the way she can, but I have a bird’s-eye view. I can tell her that if she goes down that passage, it will lead to a dead end. Together, we work best: We help each other see.

While I knew this paradigm intimately as an editor, I had never experienced what it’s like as a novelist—to be visionary and completely blind at the same time! When I started The Maid, I knew a few things—I could envision certain twists and turns in the novel, but I didn’t know which path to take to get to the end, and for sure I didn’t know if I could make it all the way there. I have a newfound appreciation for the courage it takes to write and for just how disorienting the process can be.

What is next for you? Are you working on another book?

I’m currently hard at work on my second novel, which will be a standalone book and another genre-blender. It will feature Molly the maid and a host of new characters, too. I’m very much looking forward to sharing this work with readers, hopefully in 2024!

Nita Prose is a longtime editor, serving many bestselling authors and their books. She lives in Toronto, Canada, in a house that is only moderately clean. Visit her at nitaprose.com or on Twitter @NitaProse.

Robin Agnew is a longtime Mystery Scene contributor and was the owner of Aunt Agatha's bookstore in Ann Arbor, Michigan, for 26 years. No longer a brick and mortar store, Aunt Agatha has an extensive used book collection is available at abebooks.com and the site auntagathas.com is home to more of Robin's writing.