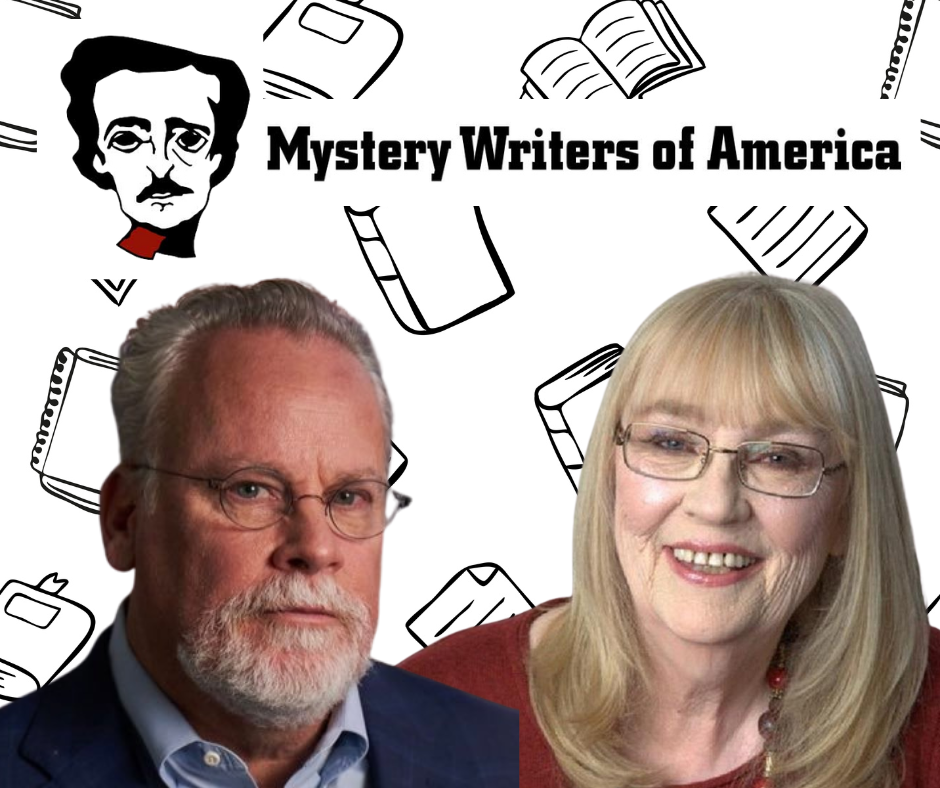 We look forward each year to Mystery Writers of America (MWA) announcing the honorees of the Grand Master, the Raven Award and the Ellery Queen Award. This is the chance to honor those who have elevated the genre through their novels or by working behind the scenes such as bookstores, organizations, critics, and publications.

MWA continues those high standards with this year’s honorees.

The 2023 Grand Masters are authors Michael Connelly and Joanne Fluke.
The 2023 Raven Award recipients are Crime Writers of Color and Eddie Muller.
The Ellery Queen Award goes to The Strand Magazine.

Each is well deserving. The awards will be presented during the 77th Annual Edgar Awards ceremony, which will be held on April 27, 2023, at the Marriott Marquis Times Square in New York City.

GRAND MASTERS
MWA’s Grand Master Award represents the pinnacle of achievement in mystery writing and was established to acknowledge important contributions to this genre, as well as for a body of work that is both significant and of consistent high quality, according to MWA press release.

Michael Connelly is one of the most respected mystery writers—that’s my observation, not any press release. He is well liked and has a reputation of being a generous writer, helping other new authors and acknowledging fellow authors in speeches and panels. For me, he is today’s most consistently excellent writer.

According to MWA, Connelly’s nomination, citing Bosch’s mantra from the first in the series, The Black Echo, to the present day, sums up Connelly’s approach to his craft: “Everybody counts or nobody counts,” adding “What those five words have meant to the readers of mystery fiction in the past 37 years can’t be overstated.”

MWA stated that on being notified of the honor, Connelly said, “All I can say is I’m overwhelmed. When you look at the list of previous Grand Masters you see every writer that ever inspired you. So overwhelming. I first got published 30 years ago and I remember everything about it. To think that that guy of 30 years ago would end up with this honor is really quite amazing. I am truly honored.”

Connelly is the author of 31 novels, including multiple No. 1 New York Times bestsellers. His books, which include the Harry Bosch series and Lincoln Lawyer series, have sold more than 74 million copies worldwide. Connelly is a former newspaper reporter who has won numerous awards for his journalism and his novels and is the executive producer of both Bosch TV series and The Lincoln Lawyer. He spends his time in California and Florida.

Newly named Grand Master Joanne Fluke launched her series 21 years ago with Chocolate Chip Cookie Murder (2001). Since then, she has written 30 Hannah Swenson Mysteries, the most recent being 2022’s Caramel Pecan Roll Murder. The series also has been turned into five hugely successful Murder, She Baked films for the Hallmark Channel. Fluke has also written suspense, thriller, and romance novels under her own name and pseudonyms. Like Hannah Swensen, she was born and raised in a small town in rural Minnesota, but now lives in sunny Southern California.

MWA stated that on being notified of the honor, Fluke said, “I am very grateful to be mentioned in the same breath as such legends as Agatha Christie, Ellery Queen and John le Carré . . .  Speaking of breathing, I'm very glad I still am!”

As I can attest, anyone who has been at one of her book signings knows how delightful her talks are. She also almost always brings cookies, another plus!

THE RAVEN AWARD
The Raven Award recognizes outstanding achievement in the mystery field outside the realm of creative writing. Personally, this may be my favorite award as I was honored with it—a career highlight. 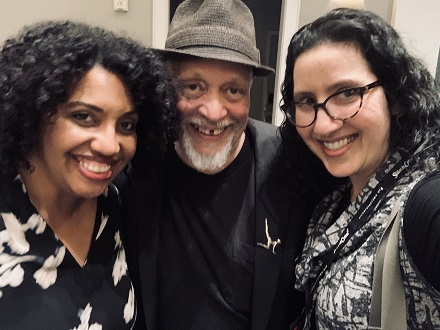 This year, the award shared between the group Crime Writers of Color (CWoC) and Eddie Mueller, host of the Turner Classic Movies series Noir Alley and founder and president of the Film Noir Foundation.

The Crime Writers of Color is “an association of authors seeking to present a strong and united voice for members who self-identify as crime/mystery writers from traditionally underrepresented racial, cultural and ethnic backgrounds.”

Speaking for CWoC, cofounders Gigi Pandian, Kellye Garrett, and Walter Mosley wrote, “When we first started talking about the idea that became Crime Writers of Color, we never imagined the small informal group would become such a big and thriving community in just a few years. Our goal was always to create a safe and supportive space for fellow writers of color to network and thrive. So, to know that the group is making a positive impact in the mystery community as a whole is so gratifying, and to be recognized by MWA in our fifth year is such an honor! We thank you on behalf of all our 350-plus members who are in all stages of their career."

Eddie Muller is best known as the host of the Turner Classic Movies series Noir Alley, a weekly showcase for the best of crime cinema and for his lively, erudite intros and outros to these movies, in which he always mentions writers—novelists and screenwriters both—in the conversation. At the Film Noir Foundation (FNF), which makes restoring and preserving films from around the globe a priority, Muller has personally saved many motion pictures from disappearing, among them acclaimed titles like The Prowler, written by blacklisted screenwriter Dalton Trumbo, and Too Late for Tears.

Mueller told MWA that “I was completely surprised! The crime and mystery fiction community—writers, editors, booksellers, and readers—is a wonderfully warm, supportive, and generous tribe and I’m happy to have been a small part of it for the past 20 years. Having my eclectic endeavors rate a Raven—what a delightful surprise, and what an honor! I'm extremely grateful to MWA.” 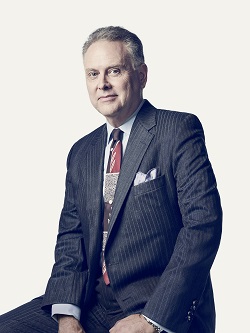 THE ELLERY QUEEN
The Ellery Queen Award was established in 1983 to honor “outstanding writing teams and outstanding people in the mystery-publishing industry.” This year the award honors The Strand Magazine, a bimonthly periodical known as much for its incisive articles about the mystery world and its practitioners and penetrating interviews with top authors like James Patterson and Lee Child, as for unearthing lost short stories penned by now-dead literary greats, such as a 600-word short story by Raymond Chandler, written in the 1950s toward the end of his life, as well as the forgotten fiction of such giants as Dashiell Hammett, William Faulkner, Tennessee Williams and H.G. Wells.

Gulli added, “MWA has always felt more like a community—one in which I’ve formed strong friendships and where The Strand has found some of its best authors. As a print publication with a strong online presence, The Strand has had to continuously adapt to an ever-changing industry and being honored with the Ellery Queen Award from MWA serves as definite proof that print is not only alive but kicking! Here’s to another 25 years!”

“Mystery Writers of America is thrilled to announce the recipients of our special awards for 2023. It’s always such a joy to recognize deserving individuals for their outstanding contributions to our genre. Michael Connelly and Joanne Fluke have contributed so much to the genre through their hard work and amazing careers, and they will continue to influence and inspire future generations of writers long after they receive their awards,” said MWA Executive Vice President Greg Herren.

“Eddie Muller’s dedication to preserving the marvelous legacy of noir and crime films by bringing classics to new generations of viewers through his work with TCM and his foundation is more than worthy of recognition,” Herren said. 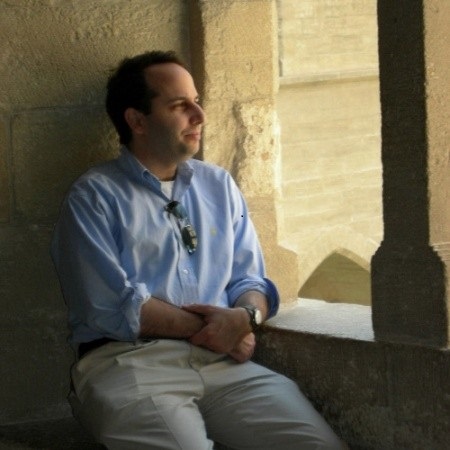 “The Strand Magazine’s legacy of quality has never faltered and remains a must-read for crime fans. The impact of Crime Writers of Color, not only in crime fiction but across the board in publishing, may not be quantifiable, but can be seen at every conference, awards ceremony, and bestseller list. It’s an incredible list of honorees. We are in a golden age of crime fiction, and it’s very exciting to see.”

For more information on Mystery Writers of America, please visit the website www.mysterywriters.org.

Oline H. Cogdill is a longtime contributor to Mystery Scene Magazine. She has been a journalist for more than 25 years, and is the mystery columnist for the South Florida Sun-Sentinel.