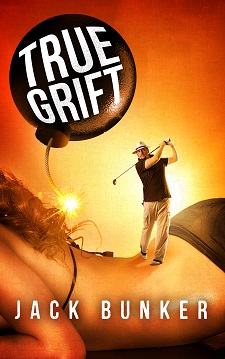 Back in the mid-1990s, one of my favorite series was about Blanche White, an African American woman who worked as a maid in the Boston area.

Written by Barbara Neely, the Blanche novels explored class and race with much humor. But these novels were never lightweight. During the four-novel series, Neely also looked at violence against women, racism, class boundaries, and sexism.

Blanche on the Lam (1992) received several best first novel honors including an Agatha, an Anthony, the Go on Girl! Award from the Black Women's Reading Club, and a Macavity. Neely’s other novels in the series were Blanche Among the Talented Tenth (1994), Blanche Cleans Up (1998), and Blanche Passes Go (2000).
As far as I and Blanche's many readers were concerned, the series ended too soon.

Another series I was quite taken with featured private investigator Frank Pavlicek, an ex-NYPD cop and an avid falconer. The series by Andy Straka won a Shamus Award and was nominated for an Anthony and an Agatha Award. Early on, Publishers Weekly named Straka one of “ten rising stars” in crime fiction.

I mention these authors because they are among some of the 28 authors whose backlists have found a new home with publisher Brash Books.

It started with about 30 crime titles that Brash re-released in print and digital through a partnership with Amazon. That connection recently helped Brash Books’ authors Straka and Phoef Sutton (Fifteen Minutes to Live) top the hardboiled bestseller list on Amazon.

Goldberg, who lives in Los Angeles, and Goldman, who is based in Kansas City, began talking about their frustrations with publishing. Both authors had turned to self-publishing, while also continuing to release work with traditional publishers. They also shared a fondness for many series no longer in print.

From their concerns and passions, Brash Books was formed.

“Brash Books' first year has been a fun, exciting experience in which we've learned a tremendous amount about the opportunities and challenges in today's publishing environment,” said Goldman in an email to Mystery Scene.

“We began with a mission to publish ‘the best crime novels in existence’ and we're doing that with the 46 titles we've released since September 2014,” he added.

Goldman published eight novels in his Lou Mason and Jack Davis thriller series with Kensington between 2002-2012. Goldberg has written more than 40 books, including coauthor of the Fox & O’Hare series with Janet Evanovich with the latest novel The Scam; he also is listed as an executive producer on the TV series Diagnosis Murder, among others.

And while much of their list consists of returning favorites, Brash Books is not a reprint house interested only in reviving backlists. It publishes original works, the first of which was Treasure Coast by Tom Kakonis, and also includes Storme Warning by W.L. Ripley, Off & Running by Phil Reed, and Go Down Hard by Craig Faustus Buck. 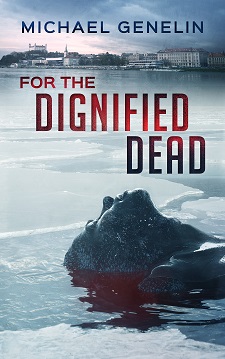 1) The Last Good Place, by Robin Burcell, continues the Krug & Kellog thriller series written by Carolyn Weston that began with Poor Poor Ophelia, on which the hit TV series, The Streets of San Francisco (1972-77), was based. According to Brash Books, Alafair Burke, Alison Gaylin, Jamie Freveletti, Michele Gagnon, J.T. Ellison, Naomi Hirahara, and Paul Bishop are already fans. “Robin has done a fabulous job of bringing Weston's series into the present day and moving it from Santa Monica to San Francisco," said Goldman. "With her background as a cop and living in Northern California and her credentials as an award winning crime writer, there was no one better suited to continue this great series."

2) For the Dignified Dead, by Michael Genelin, is the fifth book in the acclaimed Commander Jana Matinova series. It recently garnered positive reviews from Publishers Weekly and Booklist.

New publishers such as Brash Books and Polis fill a much-needed gap left by large publishers. Needless to say, the diversity offerted by new publishers is welcomed by authors and readers, alike.

“One of the most exciting things for us has been how enthusiastically the mystery and thriller crime fiction community has embraced Brash," said Goldman.

"At every conference, we hear from authors and readers how much they enjoy our books and our videos and how happy they are that Brash is doing what we do."