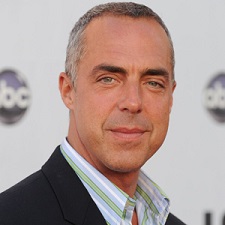 Fans of Michael Connelly have been waiting a long time for his iconic Los Angeles police detective Harry Bosch to take the leap to the screen.

For most readers, it doesn’t matter if Bosch is made into a movie on the big screen or a TV series or a made for TV movie.

“When will the Bosch novels be filmed” is one of those questions that pop up a lot.

The good news is that Connelly’s character is getting closer to the screen with the announcement of the actor who will play Bosch.

And the better news is that it is not Tom Cruise.

Welliver’s name may not be familiar to most viewers, but I think that is good news. Any “star” attached to Bosch is sure cause controversy as viewers will remember past projects.

Instead, Bosch can be a star-making turn for an actor.

Welliver’s name may not be recognized, but he is one of the best character actors around and I guarantee you have seen him in myriad roles. A good character actor blends into a role and makes each role a bit different. And Welliver has done that.

He has played Senator Pratt in White Collar, Glenn Childs in The Good Wife, Jimmy O'Phelan in Sons of Anarchy, The Man in Black in Lost and Silas Adams in Deadwood. He also was in the film The Town. In Gone Baby Gone, he played Lionel McCready, the brother of Helene whose daughter is kidnapped. He also will be in Transformers: Age of Extinction to be released in 2014.

The Bosch pilot was written by Connelly and Treme co-creator Eric Overmeyer, who are executive producing with Fabrik’s Henrik Bastin and Mikkel Bondesen.

No word yet on when Bosch will be aired. Meanwhile, Connelly has written about 20 novels featuring Bosch.

Connelly’s next novel The Gods of Guilt revolves around his lawyer character Mickey Haller and is due out in December.