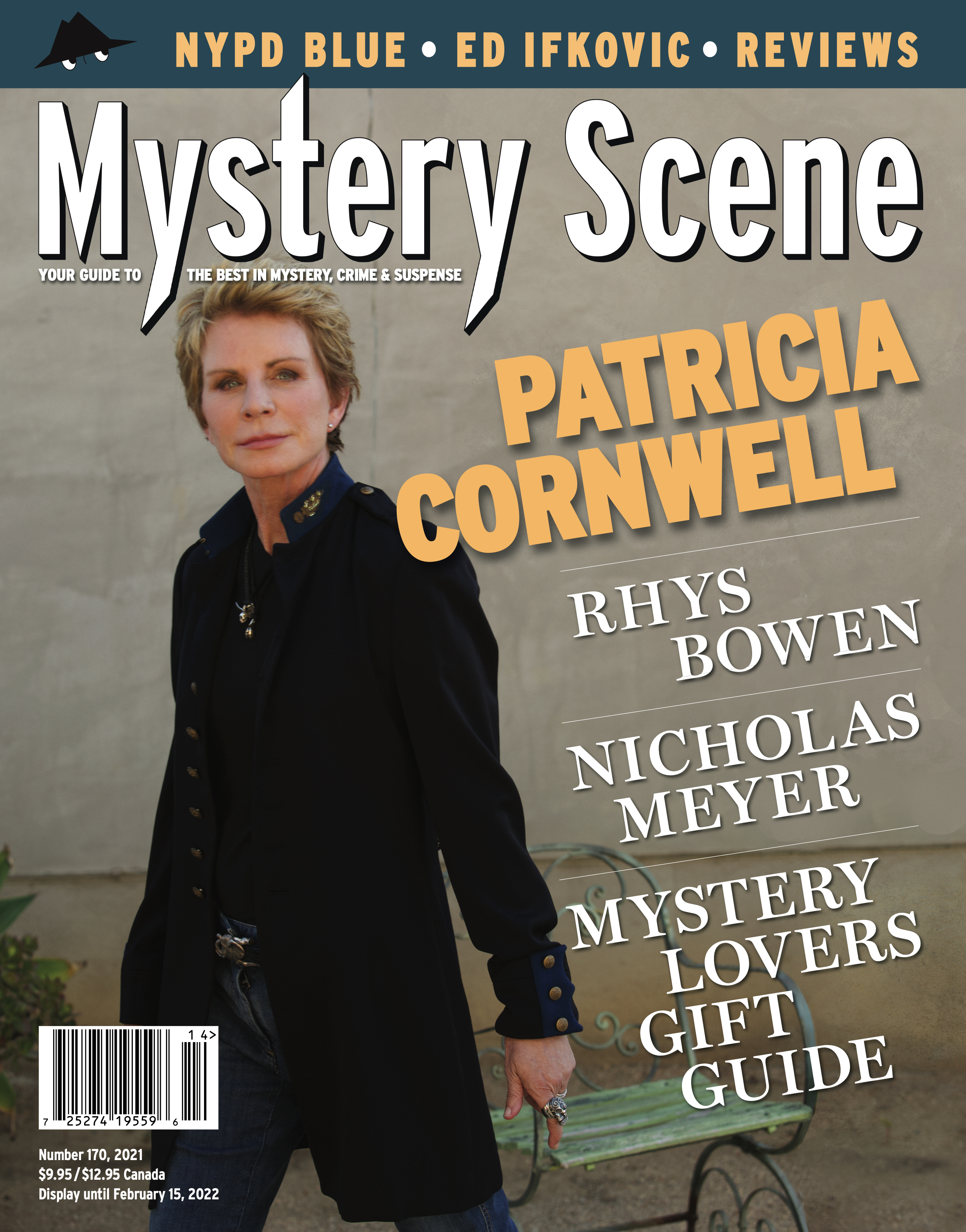 Dr. Kay Scarpetta returns in her first case since 2016’s Chaos. Now it’s chaos of another sort—the pandemic— that is unraveling our favorite chief medical examiner’s investigation. “This may be the 25th book, but it’s really the beginning of a relaunch,” Cornwell says.
by John B. Valeri

Steve Fisher: The Man Who Wrote Too Much

If he had written less, this writer may have been appreciated more.
by Michael Mallory

The influence of this landmark TV series echoes down the decades.
by Craig Sisterson

My Book: How to Murder a Marriage

This writer revels in the motives and methods of bygone eras.
by John B. Valeri

Ed Ifkovic has taken the Pulitzer Prize-winning author and turned her into a resourceful sleuth.
by Jon L. Breen

My Book: Pay or Play

Creating a sleuth who has rejected modern consumer culture.
by Howard Michael Gould

He’s been a film and TV director, screenwriter, and novelist. Now he’s back with a Sherlockian jaunt.
by Oline H. Cogdill

All the best and most criminous loot that money can buy.
by Kevin Burton Smith