"It's Jack. The check is in the mail. Sorry it's two years late. Sorry I misfigured my checking account and I'm overdrawn. Sorry I stopped payment on it. So, when it comes, tear it up. Sorry." 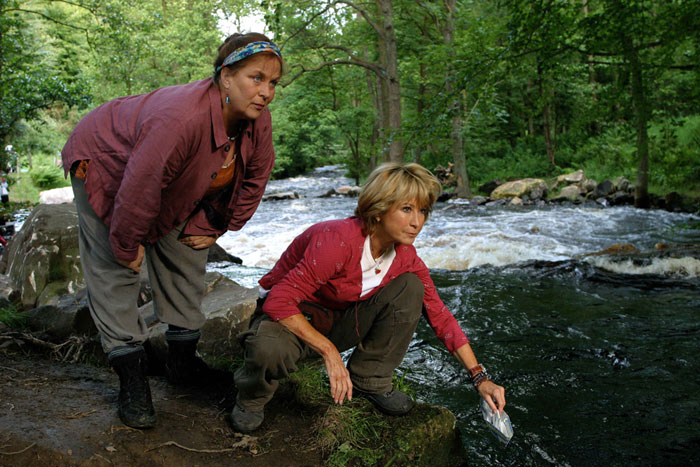 Laura Thyme (Pam Ferris) and Rosemary Boxer (Felicity Kendall) are gardening experts who go after criminals like dandelions on a lawn in the engaging UK series Rosemary & Thyme, now available on DVD.

A team of sleuths delves into garden-variety skullduggery, uncovering bodies, dirt, and other nastiness along the way.

Try Rosemary & Thyme. That’s former horticultural lecturer Rosemary Boxer and ex-cop Laura Thyme who solve murders and rein in wayward gardens on each episode of the British series, which ran for three seasons on PBS. Felicity Kendal, best known in the United States as Barbara in The Good Neighbors, plays the never-married Rosemary, and Pam Ferris, most recently seen as Grace Poole in a new adaptation of Jane Eyre, plays the newly divorced Laura. Producer Brian Eastman created the program, bringing in a leading British plant pathologist, Pippa Greenwood, for the gardening lore and distinguished British mystery author Peter Lovesey as story consultant.

“I’d seen what an outstanding series Brian had made of Poirot,” recalls Lovesey, “and it was good to be recruited.... My job was to contribute ideas and outlines for stories and also to oversee scripts other writers had worked on. I could see right away that combining gardening with mystery was likely to make for a successful series. Gardening programs are almost as popular as cookery [shows] here.” 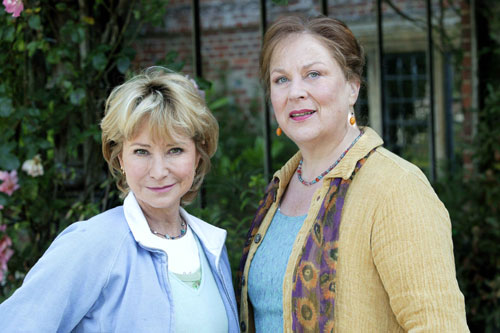 Attention to detail is seen in episodes such as “The Tree of Death,” co-written by mystery author Simon Brett, which features a farmer’s murder by bow and arrow and a plot revolving around a yew tree. The production had to find a village complete with a church, a pub, a village hall, and a churchyard with a yew tree in it. Rosemary and Laura frequently unearth information through friendly (and not so friendly) chats with neighbors and impatient police inspectors, late-night stakeouts in gardening sheds, and less than elegant pursuits of suspects in their battered Land Rover. The likable pair display equal measures of ingenuity and haplessness in their investigations.

An important element of each story is a gardening conundrum to be solved, outside of the “too obvious garden poisons such as foxglove and deadly nightshade,” notes Lovesey. One such example is the episode “The Language of Flowers,” in which Rosemary deduces a deceased man’s poignant secret message via the plants that he chose for the garden on the grounds of a spa. Another is “Orpheus in the Undergrowth,” in which the solution to the victim’s death lies in a fungus. Different styles of gardens pose unique problems, such as the restoration of an Elizabethan garden using prison labor in “Memory of Water” and a herb garden in “In a Monastery Garden.”

Some episodes feature exotic gardens and locales, including Spain (“Agua Cadaver,” “Racquet Espanol”), Italy (“The Italian Rapscallion”), and the south of France (“They Understand Me in Paris”). The latter not only features the restoration of a 150-year-old garden but also Rosemary’s fractured French (“This is all the travaille that nous has done”).

The atmosphere of small, cozy villages and tidy deaths is deliberate.

“Part of the ethos of the series,” says Lovesey, “was that it should not dwell too long or too seriously on the violence of murder. It was to be comfortable viewing, insofar as murder is ever comfortable, with gentle humor and lovely settings. There would always be an upbeat end when the garden was restored to its full glory and the mystery solved. It’s a tribute to the quality of the acting and the direction that it became so popular against the trend, when most TV drama is graphically violent and unremittingly tense.” 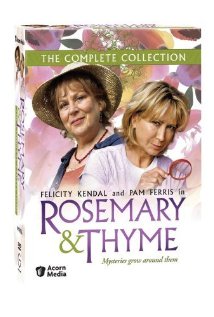 Beckett and a Pimp Named Prudent

Samuel Beckett on the pimp named Prudent who attacked him in Paris, after Beckett refused him a loan in exchange for a woman:

"There is no more popular prisoner in the [Prison de la] Sante. His mail is enormous. His poules shower gifts upon him. Next time he stabs someone they will promote him to the Legion of Honor. My presence in Paris has not been altogether fruitless."
—From a letter to Arland Ussher, April 6, 1938