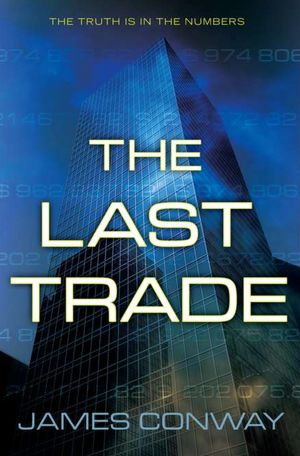 Drew Havens, a wealthy quant (i.e., quantitative analyst or numbers geek), is stuck at a party thrown by his super-wealthy boss, Rick Salvado, whose firm The Rising stands as the all-American Wall Street success story. Havens’ numbers savvy has made Salvado rich and powerful and he’s been paid a handsome salary in return. However, Havens’ career choices have cost him his happiness and marriage. He’s also suffered the death of his only daughter, a tragedy he shares with his ex-wife, Miranda.

But he keeps getting annoying texts from his protégé, Danny Weiss, who’s hell-bent on telling him there’s big trouble brewing in the markets, based on a sketchy conspiracy theory. Havens ignores the texts and dismisses the well-intended young man’s concerns. Unfortunately, Weiss is murdered and Havens is framed for the crime. On the run from the cops and unsure who to trust, Havens turns to Miranda. When Weiss’ killers track Havens down, this puts both of them in danger. Forced to separate, each struggles to stay alive, as they try to decipher the cryptic clues Weiss left behind.

Meanwhile, in Hong Kong, US agent Cara Sobieski of the Terrorism and Financial Intelligence task force is investigating the murder of a local trader who got whacked after executing a complicated set of unusual trades. Sobieski is a kickboxer and a gambler who’s willing to risk it all (and, as a result, she is deep in debt to a Hong Kong gangster). When her boss sends her to Berlin to check out unusual trades taking place through an office there to brokerages all over the world, followed shortly by the traders’ deaths, the reader feels confident she can hold her own. But can she?

The key to understanding the situation and solving the crimes is one broker. The question is whether the broker can unite Sobieski and Havens so they can put the clues together and avoid a huge global financial catastrophe on Friday. Assuming Sobieski and Havens can survive the work week.

The workweek is a real killer when market analyst Drew Havens stumbles upon some financial foul play at his firm.