A Dozen Authors to Watch and Read
Oline Cogdill 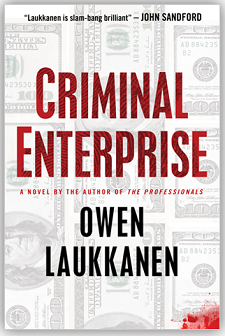 This time of year, there are myriad lists about the year’s best books. And heaven knows Mystery Scene has one to come. And I have one that is being published across the country. Here’s a link to my personal best of 2013.

But let’s take this time to take a look at the future. Who are the newest authors we should be reading? This list isn’t to take away from our current top mystery writers. We know who they are and they continue to enthrall us with solid stories.

But here are 12 new authors who I consider to be ones to watch for. By new, I am focusing on authors who have three or less novels to their name. And this list is not in any particular order. And after I compiled it, I realized I left off about another dozen authors. If anyone has a favorite, please post in the comments.

(And if you are still looking for holiday gifts for your reader friends, this list also makes a good start.)

Owen Laukkanen: This Canadian author has made the current economic woes his genre niche while creating action-packed stories that also are contemporary cautionary tales. His debut The Professionals set the tone -- a suspenseful and insightful thriller about four out-of-work, newly graduated college friends who become kidnappers. He followed that up with Criminal Enterprise in which a wealthy man, who defines himself by his possessions and career, turns to bank robbery when he is downsized. Laukkanen’s next novel Kill Fee comes out in March. While Laukkanen makes us care about his finely drawn characters, the real heroes of his novels are FBI agent Carla Windermere and Minnesota state cop Kirk Stevens. 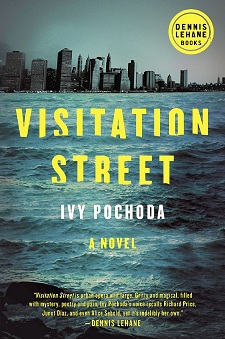 Ivy Pochoda: Ivy Pochoda’s novel Visitation Street ranked No. 2 on my best of 2013, a close close second to Michael Connelly’s The Gods of Guilt. Visitation Street is the second novel under the Dennis Lehane imprint. It is a poignant look at the bonds that link a Red Hook neighborhood when a teenage girl disappears following an accident on the water. Pochoda looks at the entire neighborhood, from an immigrant who owns a local convenience store to a teenage boy whose father was murdered outside their apartment. Her first novel was The Art of Disappearing, published in 2009.

Elisabeth Elo: You’ll have to wait until next year for Elisabeth Elo’s debut North of Boston to hit the bookstores. But the wait is worth it. In this novel, Pirio Kasparov’s ability to withstand extreme weather works as a metaphor for survival. The heir to a perfume company and the daughter of Russian immigrants, Pirio maneuvers various strata of Boston society. The brisk plot moves without getting lost among such far-flung subjects as environmental issues, the fish industry and perfume.

Michael Sears: Michael Sears has been able to turn complex financial dealings into thrilling plots that don’t overwhelm the reader with the machinations of the stock market and without dumbing down such shenanigans. Greed, mismanaged money and cheating are 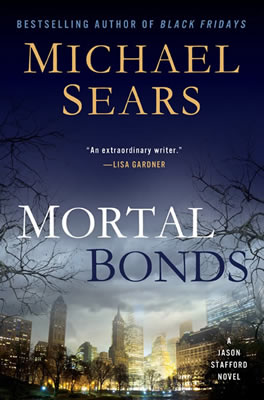 solid foundations for many thrillers—Sears just takes them to another level. As a result he was nominated for just about every mystery fiction award last year. His debut, Black Fridays, introduced Wall Street hotshot Jason Stafford who never started out to be a criminal. A simple accounting error snowballed into a felony when his portfolio lost more than $500 million. “I was the first alumnus from my MBA class to make Managing Director. I was also the first, as far as I know, to go to prison,” says Jason. But Sears delivers more than a financial series. Jason is the father of a very difficult special needs child. Mortal Bonds is Sears’ second novel; his third comes out next summer.

Ingrid Thoft: Ingrid Thoft is off to a great start with Loyalty, her debut about a private detective whose family of high-powered Boston attorneys are as ruthless as any mob family. Identity comes out next June.

Alex Marwood: Alex Marwood is the pseudonym for a British journalist who has three other novels under her own name. The Wicket Girls is a stand alone about two girls who are convicted of the death of another child, and the women they became 25 years later. Marwood examines the class system and gossip. Her next novel, slated for U.S. publication next summer, will be called The Killer Next Door. I am not alone in my praise of this novel. Stephen King recently mentioned it as one of his top reads of the year.

Tim O’Mara: Tim O’Mara brings a fresh approach to the academic mystery with 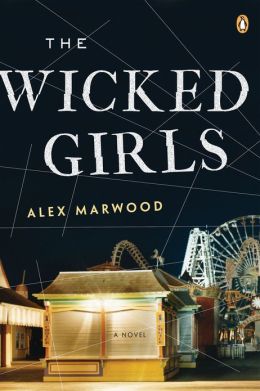 his novels about Raymond Donne, a former NYPD detective turned middle-school teacher in Williamsburg, Brooklyn. O’Mara’s debut Sacrifice Fly and his recent Crooked Numbers explore this complex character whose devotion to his students and making their lives better brings him a new start. And he uses his investigative skills even more as a teacher.

Wiley Cash: In his 2012 debut, A Land More Kind Than Home, Wiley Cash melded crime fiction with Southern gothic for an emotional story about the power of forgiveness, the strength of family bonds and how religion can be misused to seduce and dominate. A 9-year-old boy, a sheriff and a midwife alternate narrating “A Land More Kind Than Home,” set in Marshall, “a little speck of a town” in western North Carolina. The three are bonded not only by geography but by the evil that slyly yet forcefully slithers into the community. This Dark Road to Mercy comes out in January. In his second novel, Cash focuses on two young sisters forced into foster care until their wayward father who disappeared years before suddenly returns.

Julia Keller: Julia Keller’s two novels, A Killing in the Hills and Bitter River, are insightful looks at a poverty-stricken community in West Virginia whose residents are determined to make a better life.

Tricia Fields: Tricia Fields debuted as the 2010 Tony Hillerman Prize winner with The Territory, an action-packed yet personal story about the infiltration of Mexican drug cartels in a small Texas town. Chief of Police Josie Gray is a fully realized character who fights the good fight against all odds. Fields followed up with Scratchgravel Road. Her third novel Wrecked comes out in March 2014.

Patrick Lee: Patrick Lee has three best-selling paperback originals to his name. But his hardcover debut Runner with its mix of sci-fi, Tom Clancy and adventure should put him over the top. You’ll have to wait until April to see what all the fuss is about.

Amanda Kyle Williams: Amanda Kyle Williams hit the ground running with The Stranger You Seek, a character-rich tale of self-discovery about Keye Street, a Chinese-American private detective who knows that her flaws are part of her persona. Keye knows little about her Asian heritage, but all about the South because she was adopted at age five by a white Georgia family. She followed The Stranger You Seek with The Stranger in the Room. Her third novel Don’t Talk to Strangers is due out in July 2014.

(Michael Sears and Amanda Kyle Williams are among the authors who will be at Sleuthfest 2014. Details here.)