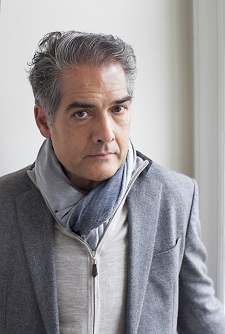 Philip Kerr’s death on March 23 caught many of his longtime readers by surprise.

Kerr, the New York Times and USA Today bestselling author of the Bernie Gunther novels, was at the top of his game, writing books that delved deep into his characters and captured the Nazi Germany era about which he was writing.

His 2017 novel Prussian Blue was nominated for an Edgar Award by the Mystery Writers of America. (The Edgars will be presented to the winners at the 72nd Gala Banquet, April 26, 2018 at the Grand Hyatt Hotel, New York City.)

And Kerr’s latest novel, Greeks Bearing Gifts, is due to hit bookstores and devices on April 3.

While Kerr’s novels never lagged, few of us knew that he had been battling cancer for more than eight months.

Despite social media and book events, most readers know little about the authors they follow.

And I think that is the way it should be. Authors and, I believe, entertainers don’t owe us the details of their lives. We don’t need to violate their privacy.

We are not their best friends, we are their fans. Their work is what should speak for them.

And Kerr’s work certainly spoke for itself.

Writing about a cop who lives and works in Berlin during WWII, dealing with the depths of Nazi- and postwar-era Germany, is a gutsy thing to do. But Kerr made his Bernie Gunther a man who hungered for justice, loved his country, and hated what had become of it.

As I wrote in my review of A Man Without Breath, Kerr expertly explored complex moral dilemmas in an immoral society. My review stated: “Bernie struggles daily to keep his soul intact away from true evil and to bring at least a smidgen of order where chaos rules. Bernie is no Nazi sympathizer and his refusal to compromise his integrity drives Kerr’s solid plots. Kerr’s meticulous research delivers myriad surprises about life under the Third Reich while smoothly melding with an intense thriller supported by realistic characters.”

Kerr’s debut novel, March Violets, introduced the character of Bernie and was the first installment in the original Berlin Noir trilogy, which was published in the United States in 1993 and included The Pale Criminal and A German Requiem.

Kerr left the character of Bernie for 13 years, returning to him in The One From the Other.

Kerr wrote nine additional Bernie Gunther novels: A Quiet Flame, If the Dead Rise Not, Field Gray, Prague Fatale, A Man Without Breath, The Lady From Zagreb, The Other Side of Silence, Prussian Blue, and the upcoming Greeks Bearing Gifts.

Kerr also was honored with several award nominations and honors. He was a three-time nominee for an Edgar Award for Best Novel for Field Gray, The Lady From Zagreb, and Prussian Blue; a Shamus Award nominee for If the Dead Rise Not, and a winner of both a Barry Award and the British Crime Writers’ Association’s Ellis Peters Historic Crime Award for If the Dead Rise Not.

In addition to its Edgar nomination, Prussian Blue was also nominated for a Barry Award for Best Novel.

Kerr’s novels have been published in 37 territories.

Born in Edinburgh, Scotland, on February 22, 1956, Kerr studied law and philosophy at the University of Birmingham. Following university, Kerr worked as a copywriter for several advertising agencies.

Kerr lived in London and is survived by his novelist and journalist wife Jane Thynne and their three children.

Rest in peace, Philip Kerr, and thank you for the wonderful novels that will continue to enthrall readers.


Photo: Philip Kerr photographed at his home in Wimbledon, London, during the fall of 2016. Photo by Nina Subin; used with permission of Putnam.