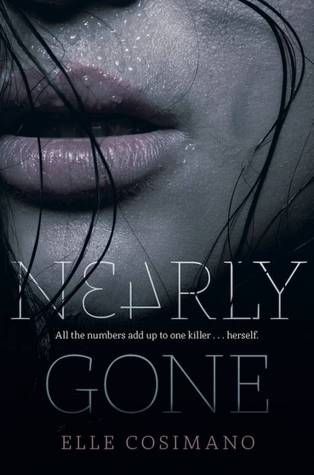 High school junior Nearly Boswell has never had an easy life. Her father walked out on her. Her mother works as an exotic dancer to pay for their home in a trailer park in Washington, DC. And her name—well, it’s more than unusual, though she prefers to be called Leigh. She longs for a better future, and maybe the math-science scholarship she’s competing for is her way out. Every day, she also checks the personal ads in the newspaper, hoping to find a message from her father.

Then students from Nearly’s high school start to die—and all the victims are students she has tutored. Nearly finds science-themed riddles in the daily ads, clues as to where the killer will strike next. Soon Nearly is the prime suspect and the new kid in school, Reece Whelan, a criminal-turned-police informant, is keeping an eye on her. As if things weren’t complicated enough, Nearly has an ability she hasn’t told anyone about: she can “taste” people’s emotions when she touches their skin. However, she will need more than that to prove her innocence and solve these crimes…she will need every bit of courage she can muster.

Nearly Gone is an engaging and fresh thriller for young adults and teens—full of twists, puzzles, and red herrings that gradually lead to a shocking confrontation. First-time author Elle Cosimano’s characters are made flesh-and-blood, from longtime friend Jeremy Fowler to Anh Bui, a competitor for the scholarship. But it’s the flawed-but-lovable math-whiz heroine, Nearly Boswell, who carries the reader from page to page. Cosimano’s novel will likely draw mystery fans who, like Nearly, hope for a better life and will persevere through difficult obstacles to get there.

A first-time YA thriller full of twists, red herrings, and a memorable heroine.