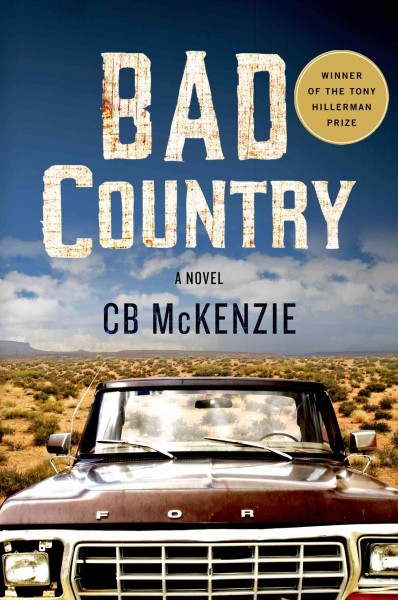 This debut mystery won the respected Tony Hillerman Prize and it’s easy to see why. Set mainly in a fictional southern Arizona county where only snakes and Gila monsters feel truly at home, the book beautifully depicts the hardscrabble life of its human inhabitants. As if the rigors of the Arizona desert weren’t enough, a serial killer has been gunning down members of local Indian tribes—particularly Seri, Yaqui, and the Tohono O’Odham.

When Rodeo Garnet, a half Yaqui who runs a largely unsuccessful PI business, tries to stem the violence, he, too, winds up in the killer’s crosshairs. Like almost every character in this demanding book, Rodeo has lived a life so troubled that a quick death via shotgun would seem almost a mercy. His mother committed suicide, his father disappeared, his stripper ex-girlfriend is stalking him, and his no-name dog is so aged and infirm that Rodeo has to carry him around. But Rodeo’s own tortured background provides him with an access the local cops don’t always have, so he is able to cadge interviews with the kinds of witnesses who normally give the cops a wide berth.

Knowing of Rodeo’s facility with the lost and seldom found, the grandmother of one victim hires Rodeo to look into her grandson’s death. Young Samuel Rocha was a complicated boy, a talented published poet, and a suspected dope dealer whom the police believe had somehow incurred the wrath of rival dealers. Only his grandmother, herself a complicated person, believes otherwise. Rodeo’s investigation into Samuel’s death parallels his search for the serial killer, which climaxes in a shocking reveal. Bad Country isn’t an easy book to get through, because its greatest strength—sublime poetic imagery—often pushes the envelope of believability.

Too many characters, even uneducated down-and- outers, speak in grand literary soliloquies. Adding to this problem is the book’s lack of standard punctuation, which makes reading more burdensome than it needs to be. Quotation marks exist for a reason, and the complete lack of them creates unnecessary confusion in many major passages.

But regardless of its overly self-conscious style, Bad Country opens up a window into Arizona’s vicious badlands.